Resident Dolphins often visit inside the Whyalla Marina and can be seen up close from the pontoons.

You could love what’s underneath

What natural wonders does Whyalla hold in its deeps? Humans have been captivated with what is under the sea and the earth for centuries.

The crystal waters off the Whyalla coast reflect a sense of calmness as you look upon the water, a whole world of natural wonders exist under the depths.

Dancing and piercing through the water, the local Dolphins are like shimmering silver, these beautiful creatures echo the innocence and purity of nature in their friendliness and play. Resident Dolphins often visit inside the Whyalla Marina and can be seen up close from the pontoons. 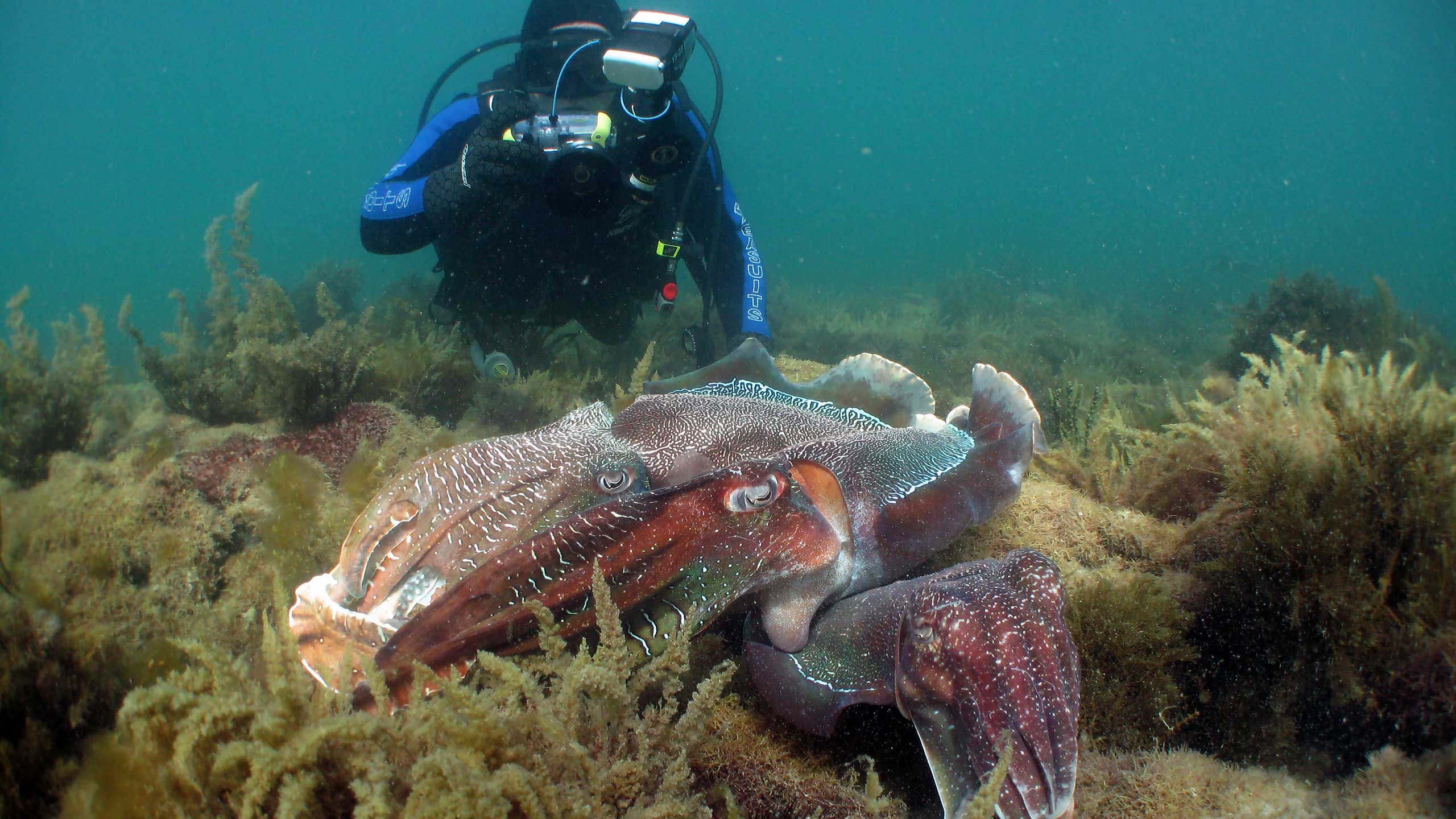 A mecca for divers wishing to witness a mesmerising underwater spectacle; for researchers attempting to unravel the mysteries of the courtship displays and the extent of the world’s largest aggregation of Giant Australian Cuttlefish, and for snorkelers taking advantage of the shallow rocky reef habitat to watch the sophisticated antics of courtship - observing the Giant Cuttlefish in such numbers is a privileged experience exclusive to Whyalla.

The “Mountain with a Heart of Iron” at Iron Knob is recognised as the birthplace of Australia’s steel industry. Take a guided tour from the Iron Knob Tourist Centre and mining museum to view the original Iron Knob open cut mine pit and workings.

The Whyalla landscape, coastline and aquatic environs are absolute in contrasts. Where the outback meets the sea, and industry cohabits with nature and vice versa in the most remarkable ways.