Paul Mazourek, Teresa Coles and Stephen Stanley with cartoons that will be on display in the HMAS Whyalla

Whyalla is gearing up for a big anniversary event this month at the Maritime Museum.

The acclaimed museum will be marking its 30th anniversary with a celebration on Sunday, October 28, 2018. The day will feature the Maritime Museum on the Lincoln Highway and the iconic HMAS Whyalla Bathurst-class corvette that has watched over the site for the past 30 years.

The Museum is throwing open the doors with an open invitation to visit the amazing gardens and museum, and explore the HMAS Whyalla free of charge. It will be a fair-type atmosphere with a vintage car display, TS Navy cadets on display, jumping castle, roving clowns and face painters, giant games, food, coffee and music.

Another highlight will be the "How to bring a warship into your backyard" exhibition on board the ship consisting of cartoons produced by Stephen Stanley.

Stephen, or “Stan” as he is probably better known for his cartoons in the Whyalla News, will have more than 50 cartoons on display revolving around the ship and Whyalla in the exhibition. With the ship becoming synonymous with Whyalla, Stan has taken delight in including it in many of his cartoons that have documented the last 30 years of news history in Whyalla.

“The HMAS Whyalla has featured large in my cartoons, it’s always been there for the last 30 years,” Stephen said.

“There’s many opportunities to use it in cartoons … if we get a deluge of rain we can have Noah on board or even the debate about having a big snapper as an icon compared to the ship.

“The ship has always been a big deal for Whyalla and it is very much woven into our history.”

A former Maritime Museum Curator, Paul Mazourek was the prime architect of the museum’s redevelopment in 2002 and is a key figure in the anniversary celebrations with his new role as Tourism Assets Development Officer for Council.

“This anniversary is about the Maritime Museum but the ship has also played a key role in the visitor experience for 30 years,” Paul said.

“Our facility is rated among the best maritime museums in Australia and it will continue to be that way with plans to improve it with more interactive displays and features in the future.” 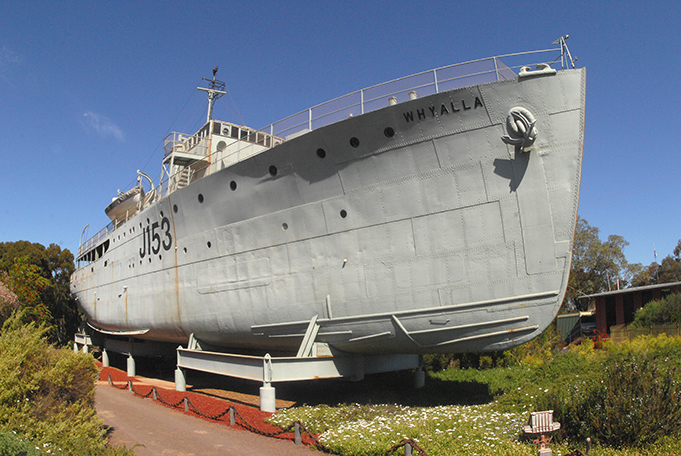 ICONIC: The HMAs Whyalla which stands proudly as a beacon for the Maritime Museum.

Visitor Centre manager Teresa Coles said the anniversary celebration was a chance for the community, and visitors, to celebrate a museum that has been part of the Whyalla fabric for three decades.

“The museum and ship are major drawcards for visitors and they continue to attract people from all over Australia and overseas,” Teresa said.

“This anniversary is a great opportunity for Whyalla locals to reconnect with this unique facility and see everything else we’ve got to offer.”

The 30th Anniversary of the Maritime Museum will run from 10am to 4pm on Sunday, October 28 with an official ceremony at 11am followed by the opening of the ship for people to explore. There will be another official opening on Friday 26th Oct at 11am for the Stan exhibition with special commemorative books featuring all the cartoons available to purchase. 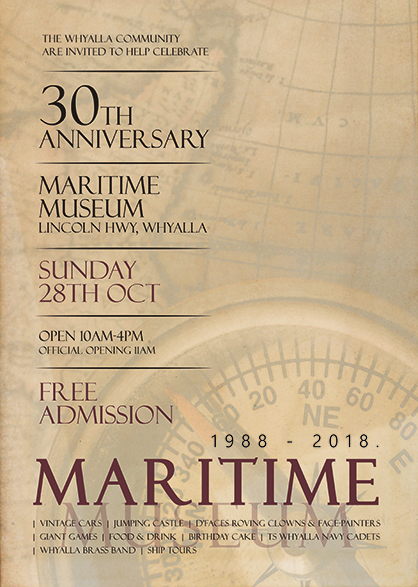 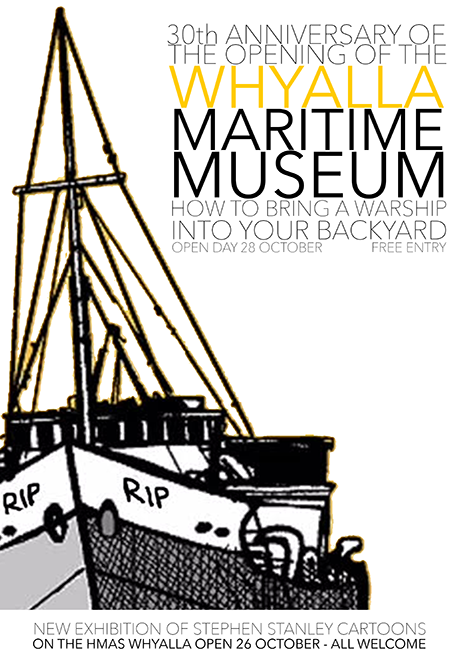 Whyalla City Council is taking positive steps to rebrand the City of Whyalla, and ultimately reposition the city as a whole.

Whyalla’s growing tourism industry has received a boost after receiving an Upper Spencer Gulf and Outback Futures Program grant of $85,000 from the state government.

The Whyalla City Council recently made public a new tourism video showcasing the best of Whyalla to the rest of the world.

Whyalla is hosting a model railway exhibition on October 27-28

News of Whyalla is as diverse as the landscape. Catch up on the latest in tourism here.