The Story of Whyalla

The city itself started as a tiny work camp on the shore at the foot of Hummock Hill, in 1901.

The northern Spencer Gulf was first navigated by Matthew Flinders in 1802, followed by Frenchman Louis-Claude de Freycinet in 1803. In 1840, explorer Edward John Eyre reported the presence of iron stone in the Middleback Ranges, 50km west of the city of Whyalla. The first attempts to mine the area began in the 1890’s.

We acknowledge the Barngarla people as traditional custodians of our land and give thanks for its use. The Barngarla people’s rich cultural heritage and spiritual beliefs still connect them with this land, maintaining a positive relationship with the living members of their community today.

Artefacts discovered at Point Lowly indicate that the area has been occupies by Aboriginal tribes for at least 6000 years. The Whyalla area itself was visited by semi-nomadic tribes of Malkaripangala people – a subdivision of the Barngarla Aboriginal group, who were culturally linked to the Lake Eyre and Lake Torrens tribes. The most important sites were the hills and caves at Cultana Ranges, Tregalana salt lake, Weeroona Bay, Stony Point, Black Point, Fitzgerald Bay, Hummock Hill, Mount Young and Mount Laura.

One of their most significant mythological stories is The Moon and Seven Sisters (the Pleiades star constellation). Barngarla people wore cloaks made form kangaroo skin, with fur turned inside during winter. In summer, they smeared their bodies with fat and ochre. They hunted both land and marine animals; however they never included oysters and shellfish in their diet. By the 1870’s, the majority of Eyre Peninsula aboriginals lived at fringe camps near the white settlement. The Malkaripangala virtually disappeared. 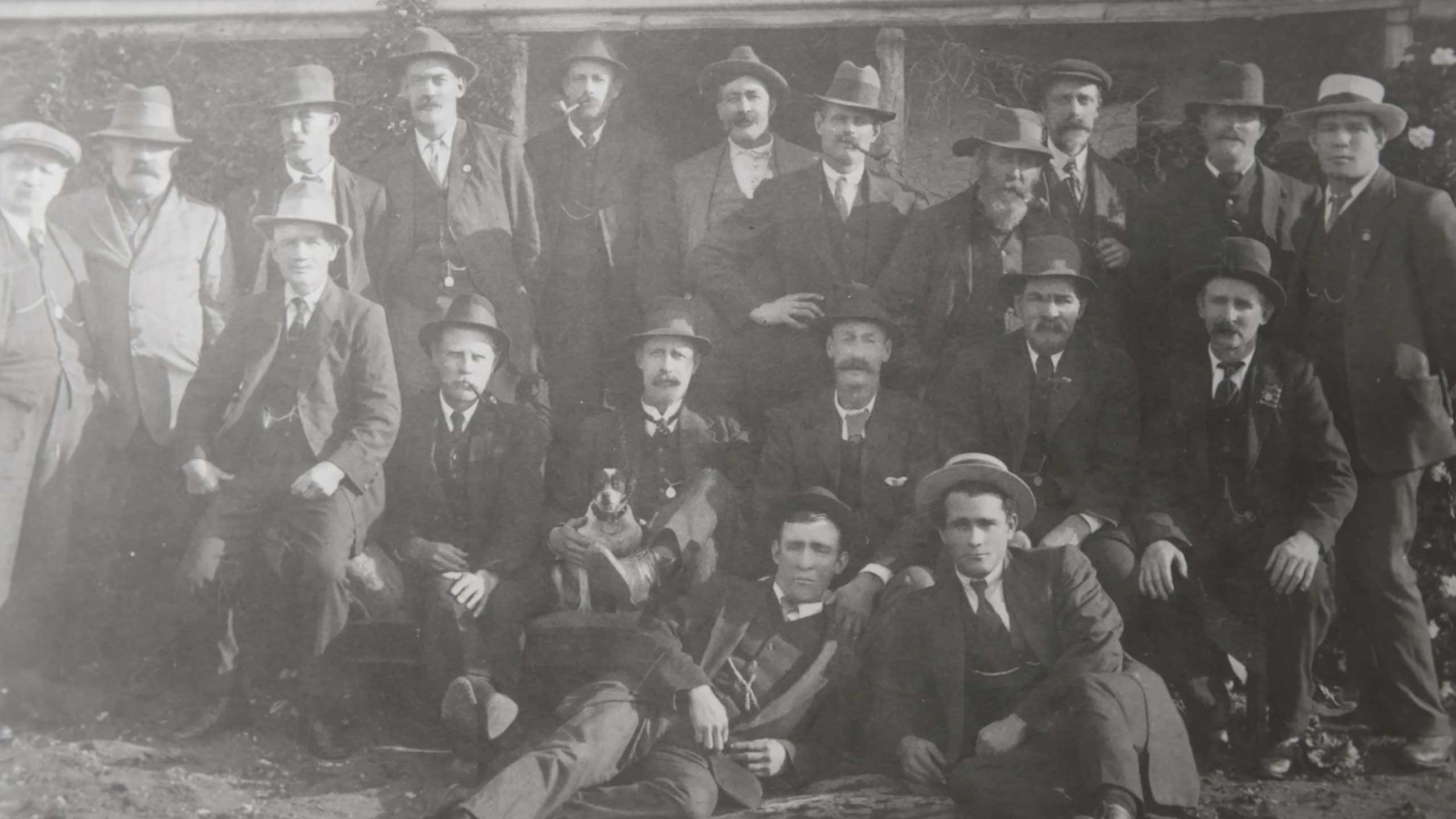 The city itself started as a tiny work camp on the shore at the foot of Hummock Hill, in 1901. The camp was set ups as a service base for the iron ore jetty constructed by Broken Hill Proprietary Company Limited (BHP). The settlement then known as ‘Hummock Hill’, gradually expanded until 1914 when Whyalla was proclaimed a town. BHP Co. Ltd. extended its industrial activities in Whyalla by building shipyards and a blast furnace in 1940.

The booming town was proclaimed a city in 1961. The steelworks started production in 1965. After construction of 66 ships, the Whyalla shipyards closed in 1978. On October 28, 2000, the steelworks became an independent company: OneSteel Whyalla Steelworks, in 2012 the company name changed to Arrium Ltd.

Construction of the first Morgan to Whyalla pipeline commenced in 1940 and was completed in 1944.

The pipe diameter varies from 750 mm at Morgan to 525 mm at Whyalla and is predominantly above ground on concrete supports. The pipeline has a capacity of 9550 mega litres per year and is pumped through four pumping stations over a distance of 379 kilometres.

Rapid development in the Upper Spencer Gulf region following World War II indicated the need for more water than could be provided by the original pipeline. In 1962 construction began on a $30 million duplicate pipeline next to the first. The two pipelines lie side by side until near the Baroota Reservoir (north-east of Port Germein) where the second line veers across Spencer Gulf via a 14 kilometre submarine pipe section to Whyalla. The dual pipeline system is able to meet a demand of 66,000 mega litres a year. (Reproduced with the kind permission of SA Water) 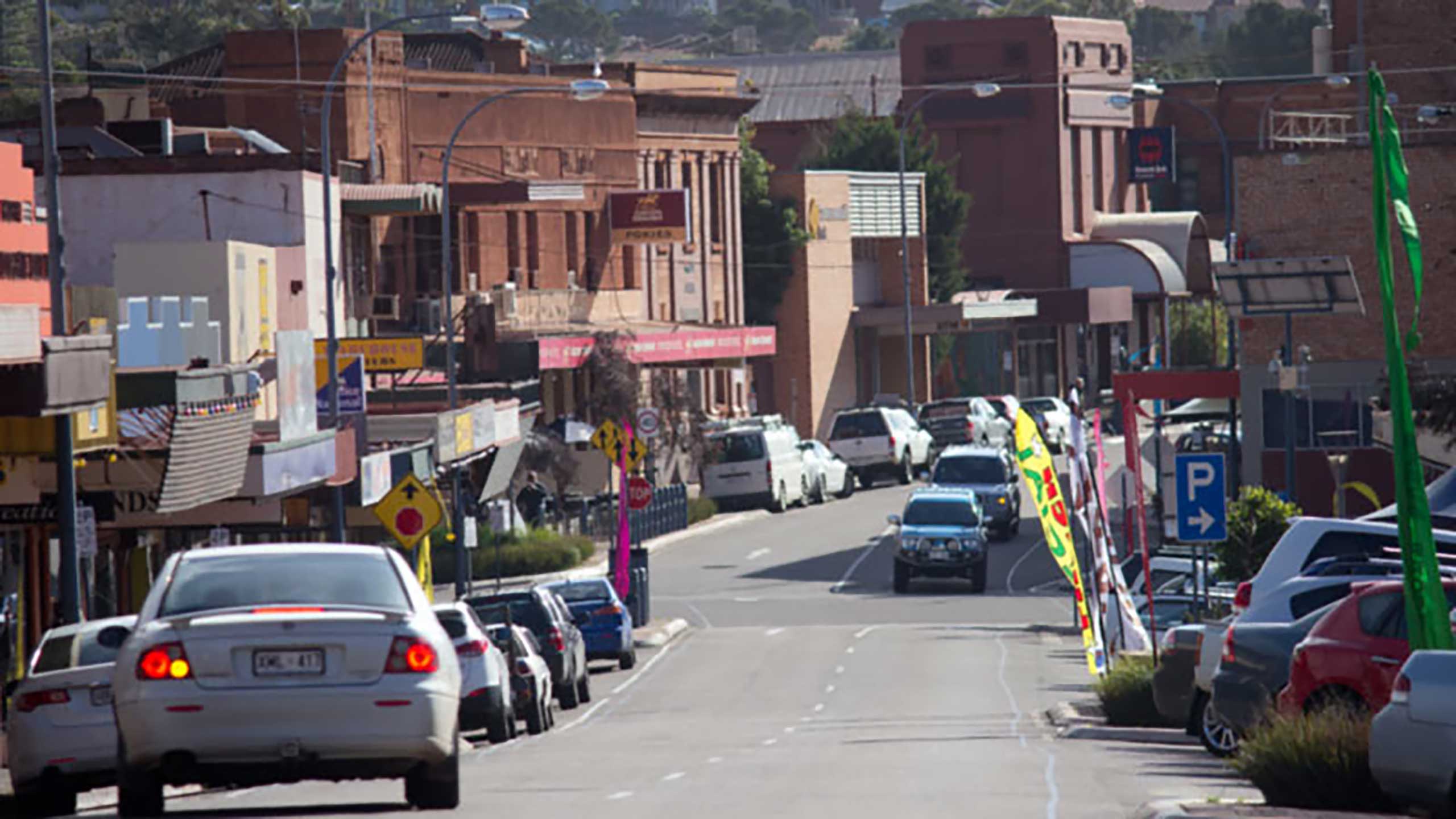 Whyalla has a population of approximately 22,000. View Census Stats

Whyalla has a substantial industrial base, providing mining, engineering and steel manufacturing services. The city is one of main regional centres of Eyre Peninsula with major supermarkets, specialist retail outlets, banking, financial and professional services; along with tourism operations, hotels, restaurants, automotive, trades and other businesses.

Renewable energy has substantial development potential for Whyalla due to the natural assets of over 300 days of abundant sunshine p.a.

Tourism is a growing industry with considerable growth potential for Whyalla. Unique nature based experiences and events and the coastal and outback environments are the key attractions along with industrial tourism. Visitors can learn and experience Whyalla’s history and industrial background through museums and tours.

Whyalla offers an impressive array of educational institutions, including a UniSA campus and TAFE SA, as well as primary and secondary public and private schools.

The Whyalla Council has one of the most diverse operations of any local government and is also responsible for all major development including water harvesting projects, public works, tourism development and innovative environmental projects.

Treasures, artefacts and memorabilia of the ship building era of Whyalla including a wartime corvette the former HMAS Whyalla to tour.

Varied Museums, galleries and tours give insights into Whyalla’s history from ship building at the Maritime Museum, Whyalla’s lifestyle and heritage at the Mount Laura Homestead Museum and the history of BHP at the SteelCap Gallery.